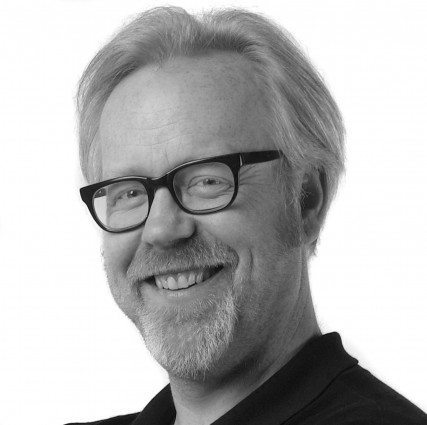 Special effects and model making for movies including Star Wars Episodes I and II, The Matrix sequels, Galaxy Quest, A.I., and others.

Acted in cameo appearances in film and television including The Darwin Awards, Ever Since the World Has Ended, and CSI: Crime Scene Investigation.

Accomplished sculptor who has had over 40 shows of his work in San Francisco, New York, and Charleston, West Virginia.

Speaks publicly on subjects such as skepticism, science, and humanism.

Third Generation. Savage has no god belief, considering himself an atheist. He considers himself a "third-generation atheist" and says that he has nothing against religion, but he does get upset when people will believe more in something that their faith tells them than scientifically proven facts.

Proving Them Wrong. Savage requires facts and proof before he accepts any hypothesis about reality, as you can see on the Mythbusters program. He utilizes the scientific method to determine the truth about everyday urban legends. This also tends to include a lot of things exploding.

Love Thy Neighbor. Savage realizes that loving and caring for fellow human beings—rather than some religious dogma—is what makes us moral. He has spoken out for humanism, saying things like "I've concluded by this that someone is paying attention—I've concluded that it is me. I've noticed that if I'm paying attention to those around me, to myself, to my surroundings, then that is the very definition of empathy. I've noticed that when I pay attention, I'm less selfish, I'm happier—and that the inverse holds true as well."

Savage began acting as a child, and has completed five years of acting school. His early credits include voicing animated characters that his father produced for Sesame Street.

Since he was a child , Savage has loved finding out how things work. He started at a young age by taking his bicycle apart and putting it back together.

Savage's inspiration to get into a career in special effects was sparked by watching Star Wars when he was eleven.

Savage wears a hearing aid in his left ear due to a congenital condition.

Savage enjoys costume making and cosplay. He attends Comic-Con in San Diego every year and typically attends in costume. For his fans, he leaves clues as to what his costume may be so people can try to find him during the convention.

Not one for boats, Savage is prone to seasickness.