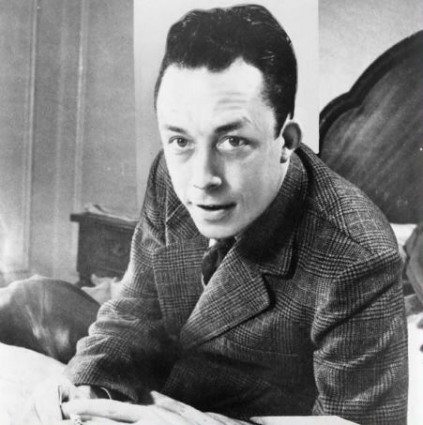 Chief Accomplishment:
Awarded the 1957 Nobel Prize for literature for "his important literary production, which with clear-sighted earnestness illuminates the problems of the human conscience in our times."

Member of the resistance movement in France during World War I.

Posed one of the best known existentialist questions of the twentieth century in his book, Myth of Sisyphus, in which he said, "There is only one really serious philosophical question, and that is suicide."

Wrote many plays, novels, short stories, and essays many of which explored philosophical questions of the day, especially the post-World War I search for meaning.

You're Out of Here! Born in Algeria, Camus was against the French colonization of Algeria. In 1938 he began working for an Algerian newspaper, the Alger-Republican writing heavily critical pieces about WWII. In 1940, Camus was "advised to leave the country" by French and Algerian government due to being a threat to national security.

Well That's Just Absurd. Camus considered religious faith to be cowardly and a form of "philosophical suicide." He wrote many articles on "philosophical suicide," otherwise known as absurd reasoning, the concept of the comparison of two incompatible ideas in the same space. The basic breakdown is that man wants to create order and reason for the universe; however, the universe is made up of random, meaningless phenomena.

Existentially Speaking. It was often said that Camus was an existentialist. Existentialism is a philosophical way of thinking where humans are their own "free agents" because of free will and choice. It's the concept that people build their own development due to acting on their desires. Camus himself did not like to be labelled and therefore did not think of himself as existentialist, but was wqoted as saying, "The only way to deal with an unfree world is to become so absolutely free that your very existence is an act of rebellion."

Camus died in a car crash. his car, the Facel Vega HK-500, was a death trap on wheels. Service records indicated that Camus' car had already had two wheel bearings replaced because they seized.

He knew how crazy and scary the world could be, but firmly believed suicide was cowardly. Even though Camus thought there was no point to the human search for meaning, he still found that life was worth living, and that we must bring meaning to life ourselves.

He was great friends with Jean-Paul Sartre, another well known existential philosopher.

Camus was raised in poverty by his mother and grandmother after his father was killed in battle.

He enjoyed playing soccer and was the goalie.