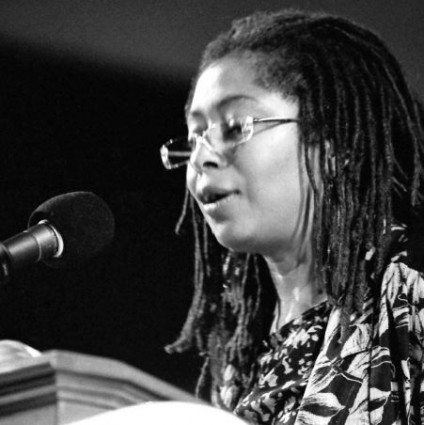 Chief Accomplishment:
Wrote The Color Purple, for which she won the Pulitzer Prize in fiction. She was the first African American to win the National Book Award.

Walker has written many additional bestsellers including Meridian, In Love and Trouble: Stories of Black Women, and The Third Life of Grange Copeland.

One of her books, Possessing the Secret of Joy, which detailed the devastating effects of female genital mutilation, led to the documentary Warrior Marks, a collaboration with the British-Indian filmmaker Pratibha Parmar.

Walked with thousands of activists in the 1963 March on Washington for Jobs and Freedom, the march most famous for Dr. Martin Luther King Jr.'s I Have a Dream speech.

At One With Everything. Walker thought highly of nature and the natural world. On her personal religion, Walker has said, "I don't call myself a Buddhist. I'm a free spirit. I believe I'm here on earth to admire and enjoy it; that's my religion."

Against the Grain. Walker wasn't afraid to speak her mind, even when it was unpopular. She said, "The only way we will change the outcome of our global predicament is to change our understanding of what we have considered 'reality.' Change the tall tales of yesteryear that have always stymied and confused us. I am beyond weary, and most of the planet is, of the old explanations for our wretched plight as humans and the 'wisdom' hidden in enforced doctrines that are supposed to 'enlighten' us. You know: virgin births, life after death in the same body, the making of the planet and maybe the whole universe in a week by someone who looks surprisingly like the white many oppressing you, the blackness of humans being a curse, the required obedience of slaves to their masters, the making of woman out of a rib, the silence required of this same rib-fashioned woman in any gathering of the Holy (all male by definition) and so on."

Walker was an eighth child. Her parents were sharecroppers in Eatonton, Georgia. She experienced segregation, which meant that as a black person she had to use separate water fountains and bathrooms from white people, and was excluded from many public places and businesses.

When Walker was a child, one of her brothers shot her in the eye with a BB gun, blinding her in that eye.

Walker and her ex-husband were the first legally married interracial couple in the state of Mississippi.

Walker considers herself bisexual, not limiting herself by gender or race in her choice of dating partners.

The Color Purple has been made into a movie and a musical.