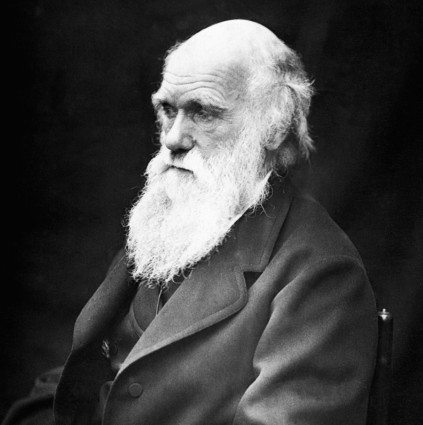 Chief Accomplishment:
Discovered and explained the process of evolution by natural selection in his book On the Origin of Species. This theory has become the foundational concept of modern biology, and has paved the way for many more discoveries in the life sciences.

Examined human evolution and sexual selection in his books The Descent of Man and Selection in Relation to Sex.

On his 5-year voyage aboard the British ship Beagle, he noted a rich variety of geological features, fossils, and living organisms. He also methodically collected and cataloged an enormous number of specimens, many of them new to science.

A skilled geologist, he helped demonstrate how coral reefs form over time due to living coral growing on top of older generations of coral.

Studied Religion to Become a Clergyman. Even though Darwin went to divinity school, his trip aboard the Beagle started making him question his beliefs. Seeing the living situations of people in Tierra del Fuego and observing slavery firsthand made him question why God would allow such circumstances.

Father of Evolution. The theory of evolution, which holds that all living species share a common ancestor, aroused great controversy and brought about a reevaluation of the position of humans in relation to other species. It showed that the distinctive traits of organisms weren't divinely created.

Variety is the Spice of Life. In his theory of natural selection, Darwin pointed out that individuals of a species are not exactly the same: they have variations, and some of these variations make their bearers better adapted to particular ecological conditions. He pointed out that most species produce more eggs and offspring than ever reach maturity. He theorized that well-adapted individuals of a species have more chance of surviving and producing young than do the less well-adapted, and that over the passage of time the latter are slowly weeded out. The later science of genetics provided further evidence for this process.

When he was twelve, Darwin wrote home saying that he would only wash his feet once a month.

Darwin was part of Cambridge University's "Gourmet Club" in which they would eat atypical animals. While traveling, instead of dining with the crew, he would find animals such as armadillos, iguanas, and land tortoises which he would eat for dinner.

Darwin wanted to be a doctor but had hemophobia, otherwise known as the fear of blood.

Robert FitzRoy was the captain of HMS Beagle. Darwin almost didn't get the job as the ship's naturalist because FitzRoy didn't like Darwin's nose! Despite this rocky start, during the voyage Darwin and FitzRoy became close companions. For Darwin's 25th birthday, FitzRoy even named a mountain after Darwin in Tierra del Fuego.

Darwin was crazy about backgammon.