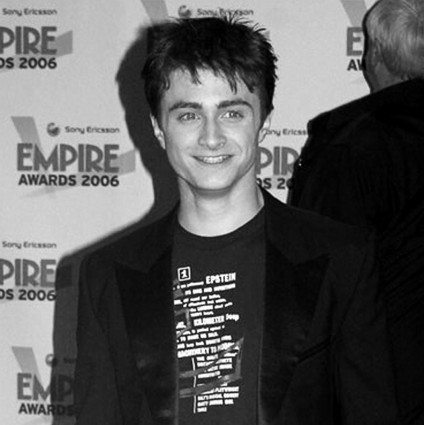 Successfully expanded from film to on-stage theatre productions in London and New York, including Equus and How to Succeed in Business Without Really Trying.

Outspoken advocate for LGBT rights, for which he received the Trevor Project's 2011 Hero Award.

Acted in several other films, including The Woman in Black and Kill Your Darlings.

Religious Eclectic. Radcliffe grew up in a mixed Christian and Jewish household, learning about multiple forms of belief and using that to develop his own belief system over time. Radcliffe has often spoken out about his lack of belief in organized religion, publicly calling himself an atheist.

Putting the Human in Humanist. Radcliffe is very outspoken in helping out LGBT community. When questioned about his motivation, since he is straight, he replied "You don't have to be gay to be a supporter — you just have to be human." The main program that Radcliffe supports is the Trevor Project, a suicide prevention organization for LGBT youth.

Richard Dawkins Fan. Radcliffe is a big fan of Richard Dawkins' work. He said, "I'm an atheist, but I'm very relaxed about it. I don't preach my atheism, but I have a huge amount of respect for people like Richard Dawkins who do. Anything he does on television, I will watch."

Radcliffe was often bullied as a kid, especially because he has a disorder called dyspraxia that makes him clumsy and uncoordinated.

Radcliffe also had trouble paying attention in school, and benefitted a great deal from non-traditional education, especially his one-on-one tutoring on set.

Radcliffe loves to write and has written several short stories and poems under the pen name of Jacob Gershon. He says he would never write a novel due to lacking the stamina.

While on the silver screen for Harry Potter, Rupert Giles and Emma Watson may have been his best friends, but off-screen his closest friend on set was a middle-aged man with two sons who worked in costuming.

Acting isn't Radcliffe's first choice for a career. His dream job? Being a professional cricket player.

A. Philip Randolph
Scroll to top