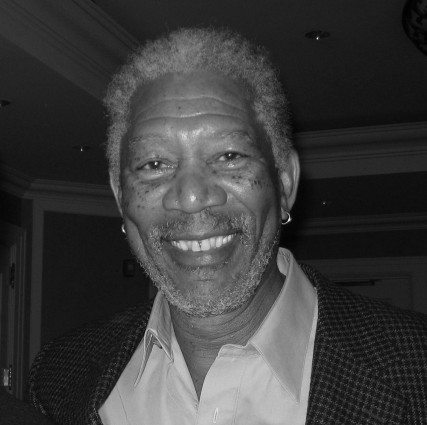 Chief Accomplishment:
Best known for his prolific acting and narration career, he has starred in over 100 films.

A voice actor in many films, commercials, and documentaries, including the Lego Movie, Through the Wormhole, and March of the Penguins. Considered one of the most prolific voice actors ever.

It is estimated that he is the seventh highest grossing actor of all time, bringing in almost three billion dollars worldwide.

No Segregation is Good Segregation. Freeman is speaks out against racism. In an interview on CBS, Freeman stated his displeasure for Black History Month, "black history is American history," and there's "no white history month."

Food for Thought. Freeman also advocates against overpopulation. He says, "One of them is the tyranny of agriculture. We're turning everything on the planet into food for humans so we're cutting down the rain forests, displacing all of the animals, and we're doing all this to feed humans. That all started with the advent of agriculture. When we were hunters and gatherers, the population could only go as far as the food could go. Scientists did an experiment once and they came up with a very clear answer to this: you put five mice in a cage and you give them enough food for five mice, guess what? You'll only have five mice. If you put enough food for ten mice, you'll have overpopulation. And we're already there."

Where's the Middle Class? Regarding American economics, Freeman believes that something needs to be done about income inequality, and that it goes beyond race. He says, "We have a much more vibrant society when we don't have such a vast chasm between the ‘have's and ‘have-not's."

He wasn't always an actor. Freeman served in the Air Force for five years. Even though his scores were high, he could only get a job as a mechanic.

Before being in films, Freeman was a dancer and a stage performer. He did get a gig singing, acting, and dancing on the children's show, The Electric Company, as characters named Vincent the Vegetable Vampire and Easy Reader. Freeman didn't get his first starring role as a film actor until he was fifty years old.

Known for his narrations, Freeman is the narrator at The Hall of Presidents at the Walt Disney World Resort in Orlando, Florida.

He has a pilot's license and owns several planes.

Freeman is a big fan of science fiction. He loves the idea of space travel, and has even been invited to go into space! But he doesn't want to go into space due to his age, and because wants "to go somewhere," not just to travel in space.

Freeman keeps bees as a hobby. He doesn't wear a bee suit to tend to them, either.