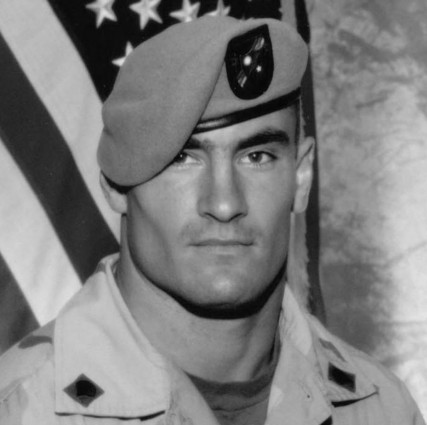 Chief Accomplishment:
Turned down a $3.6 million contract with the Arizona Cardinals to join the Army as a Ranger after the September 11th, 2001 terrorist attacks.

Turned down a $9 million contract with the St. Louis Rams out of loyalty to the Arizona Cardinals, who used their last draft pick to choose him.

Was named the Pac-10 Defensive Player of the Year in 1997, and was later inducted into the College Football Hall of Fame in 2010.

Earned multiple awards offff the fifield as well, including the Clyde B. Smith Academic Award in 1996 and 1997, the Sporting News Honda Scholar-Athlete of the Year in 1997, and the 1998 Sun Angel Student Athlete of Year.

Awarded the Purple Heart and Silver Star after his death in Afghanistan.

Learn from Your Mistakes. After graduating high school, Tillman was involved in a fight resulting in time spent in juvenile detention, community service and hefty fines. He credited the realizations made during this time for shaping the rest of his life.

Be Curious. Tillman had a lifelong interest in other cultures and beliefs. He read voraciously, including books by everyone from Adolf Hitler to Noam Chomsky and Ralph Waldo Emerson to Henry David Thoreau. He also read and enjoyed discussing the Bible, Quran, and Book of Mormon.

Question Authority. Tillman believed that war and conflict were acceptable responses to violent acts like the September 11th terrorist attacks, but came to question much of what he was ordered to do while in Afghanistan and Iraq. He criticized the government and leaders for their actions during the war and questioned the motivations behind them, even while risking his life daily to obey them.

Tillman joined the Army Rangers with his brother, Kevin. They were nearly inseparable, going through Basic Training and Ranger School at the same time, and even being assigned to the same battalion and unit in the war.

Unfortunately, Tillman was killed by friendly fire from his own unit on April 22, 2004. This information only came to light after years of obfuscation and misdirection from the government and military leaders, and sharply conflicted with the stories the military first released about his death.

Tillman spent time trying to convince his fellow soldiers of the superiority of cats over dogs, and often talked about his cats in his journal entries.

At his memorial ceremony, after John McCain and Maria Shriver made comments about Pat being in a "better place," his brother Richard spoke, saying that Tillman wasn't religious and that he was not with God.