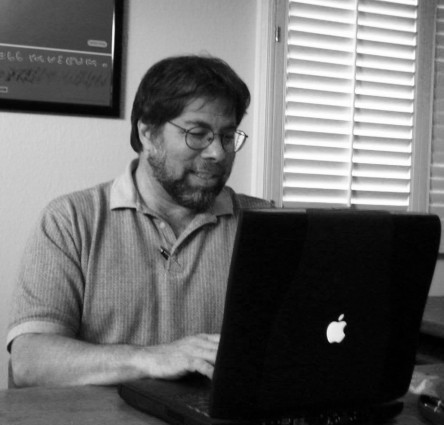 Was the inventor behind the Apple I and II computers and their revolutionary microprocessors, forever changing the face of the
technological landscape.

Works a lot with an organization called FIRST (For Inspiration and Recognition of Science and Technology) to help inspire and
support students in the STEM fields (Science, Technology, Engineering, Math).

Has created many philanthropic endeavors to support STEM fields in his local area, including funding his local school system's technology department.

Tech and Community. Was awarded the Isaac Asimov Science Award by the American Humanist Association in 2011 for his advancements in technology and his work bettering his community through technology education.

Not One to Follow the Herd. In answering email on his site, he describes himself as "atheist or agnostic," stating he is not even aware of the difference. He has also been quoted saying "I just felt that an intelligent person like myself could figure out good behaviors without going to a church and having to follow the thinking of a large group."

Revolutionizing Schools. Wozniak wants to make sure that all children have access to hands-on education, but not in the traditional way. Instead of a flesh and blood teacher, Wozniak believes that in the future they will be able to make artificial intelligence that is more like a friend and less like a textbook, personalizing to the individual child's learning needs with the help of a computer.

After initially dropping out of college, Wozniak returned (after years at Apple) to get his undergraduate degree in electrical engineering and computer science. It is never too late to get your degree!

Wozniak felt Apple was a hindrance to his real goals — to teach youth — which he felt played a more critical role in the world than commercial computers.

Wozniak was inducted into the Inventors Hall of Fame in 2000. His official invention listing: "Microcomputer for Use with Video Display Personal Computer, Patent Number(s) 4,136,359."

Wozniak is a bit of a prankster. He was known for going to a nearby mint and purchasing a sheet of $2 bills that were uncut, then driving to the nearest fast food restaurant, pulling out scissors and cutting the tender out of the sheet. Although perfectly legal, this led to several run-ins with the police, as well as an encounter with the secret service!

Wozniak lost his memory after a small plane crash. He couldn't recall the crash, nor could he remember day-to-day events. He credits the power of using logical thought processes in healing and recovering his memory after the accident.