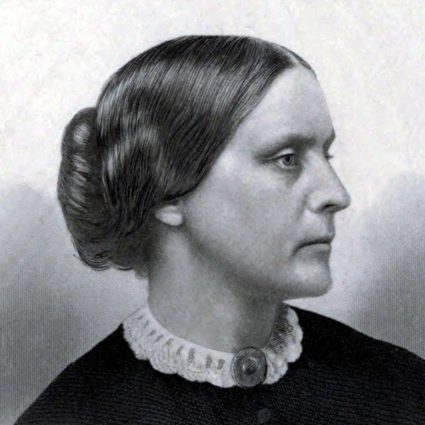 Chief Accomplishment:
Campaigned for women's suffrage (the right to vote) in the United States

One of the first women to illegally attempt to vote.

Her efforts, combined with those of other activists, led to women earning the right to vote, to ride bicycles, to own land and property, and eventually to do things like drive their own cars and open their own bank accounts.

Not Just Women's Rights. When she was a young adult, Anthony's family housed abolitionist meetings for Frederick Douglass. Anthony and Douglass became lifelong friends and supported one another's causes, Anthony even left her job teaching to come back to the farm and help with the abolitionist movement. Anthony and Douglass were in conflict about the importance of women's suffrage versus civil rights for African Americans, Anthony becoming upset with Douglass for black men gaining the right to vote before women, and Douglass saying that women were not being hung from lamp posts for this right.

Spinster for Life. Anthony never married or had children, which at the time was considered an embarrassing circumstance for a woman to find herself in, but this was Anthony's own choice. Anthony said "I'm sure that no man could ever made me happier than I have been."

Outlaw Voter. Anthony, along with four other women, entered a voter registration office in 1872 demanding that they be allowed to vote in the presidential election. When the officials denied them, Anthony threatened to get her lawyer and sue them all, so they allowed the women to vote. Later, she was charged with illegal voting and charged a fine of $100, which she refused to pay. Instead, she used her trial as a part of her campaign to win women the right to vote.

When Anthony was just a girl, she tried to attend a public school, but a male teacher would not allow a girl in the class. her father began homeschooling her until she started attending a Quaker school near Philadelphia. The Quakers believed in equal rights for both sexes, and therefore supported educating girls.

Anthony was the first non-fictional woman to be represented on American money. The Susan B. Anthony Dollar was released in 1979. The only other woman on American money before that was Lady Liberty, who is a fictional character.

Being a women's activist did not mean Anthony would burn her bras. She was very fashion-conscious and never went out in anything deemed casual wear. Her signature piece of clothing was a finely woven red shawl that she would wear at all of her speeches. Once she wore a white shawl to a talk and was asked to go get her red shawl so people would recognize her.