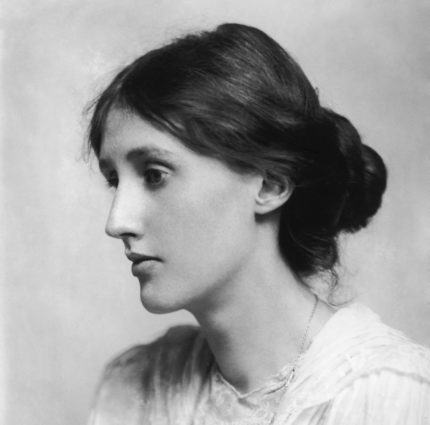 Chief Accomplishment:
Prolific author and literary critic, she wrote nine novels as well as many short stories and essays.

Studied German, Greek, and Latin at King's College in London.

Her works have been appreciated for their criticism of patriarchy and fascism.

Novels she wrote include To the Lighthouse, Melymbrosia, and Mrs. Dalloway.

Creator of the nonlinear, freeform prose, which earned her praise amongst her peers.

Spoke at colleges all over Europe on literature and activism.

Express Yourself. Woolf was always allowed to express herself in her family, although in Victorian England people were typically much more reserved. So she encouraged others to write, saying "So long as you write what you wish to write, that is all that matters; and whether it matters for ages or only for hours, nobody can say."

Why Do You Want to Hold Us Back? Woolf appealed for women to have a larger role in society, especially in her essay "A Room of One's Own." In her essay she wrote, "Indeed, I would venture to guess that Anon, who wrote so many poems without signing them, was often a woman." She also posed an interesting idea, saying, "The history of men's opposition to women's emancipation is more interesting perhaps than the story of that emancipation itself."

It's Not Fair! While her self-education was vast with help from her father—who was one of England's most learned men—and she did go to college to study languages, Woolf was denied education from public school and from Oxford (which her brothers had attended) due to being a girl. Woolf would often complain that she was denied a proper education since she was female, something that she was intensely aware of her entire life.

When she was young, Woolf started a family newspaper called the Hyde Park Gate News, to document the family's humorous anecdotes.

Woolf loved bugs! When she was a child, she would smear treacle (a sticky syrup) on trees to catch butterflies and moths. This interest in insects lasted throughout her life.

She was member of the Bloomsbury Group, a group of intellectuals and artists from the early twentieth century. Woolf even met her husband through the group, during what was known as the Dreadnought hoax, where several of the group members dressed up like Ethiopian royals and convinced the British Navy to show them their warship, the HMS Dreadnought. Woolf dressed up like a bearded man, and after the crazy act, the man who would become her husband began to court her.

Sadly, Woolf dealt with depression through much of her life, which likely contributed to her suicide. It's also speculated that her suicide was due to her constant worry of losing her husband to the Nazis, since he was Jewish in Europe during the time of World War II. She drowned herself near their summer home, since their home was destroyed during the Blitz bombing.