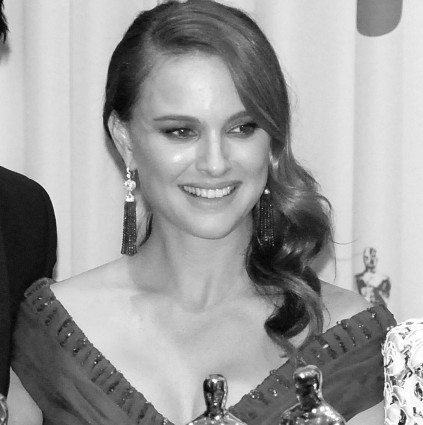 Graduated from Harvard with a B.A. in psychology.

Advocate for young women around the world to pursue higher education, and especially to pursue degrees in the sciences.

Starred in movies such as Star Wars, Thor, V for Vendetta, and Léon the Professional.

Fluent in multiple languages including English, French, and Hebrew.

Won an Academy Award in 2011 for her performance in Black Swan, a psychological thriller.

Family Ties. When asked about her faith, she once replied: "I'm much more like the product of a doctor than I am a Jew." When she accepted her Oscar for Best Actress, she thanked her parents, for teaching her through their good examples, instead of thanking God.

Empowering Young Women in STEM. Portman hopes to interest young people, especially young women, in becoming involved in science and rational thinking. In 2013, Portman helped Marvel head a program based on her role in Thor: The Dark World called the Ultimate Mentor Challenge, where high school girls pair with a STEM-related mentor to create a project thesis. The winners got to fly out to meet Portman in California.

She's Got Brains. Education is very important to Portman. She told FOX News that "I don't care if college ruins my career. I'd rather be smart than a movie star." She wrote her first published paper when she was in high school, called "A Simple Method To Demonstrate the Enzymatic Production of Hydrogen from Sugar."

Activism is Second Nature. Portman has been an activist from a very young age. She's a supporter of anti-poverty movements, is an ambassador for Foundation for International Community Assistance International and Free the Children, and also speaks out for gay marriage.

Artistically inclined, Portman has studied ballet since the age of four and plays the piano.

Portman has dual citizenship in the U.S. and in Israel.

An animal lover, Portman is a vegan, meaning that she does not eat any animal products. She does not wear fur, leather, or feathers. She even launched her own brand of vegan footwear.

Starting her career early, Portman played Queen Amidala in the Star Wars movies while she was still in high school. She actually
missed the premier of Star Wars Episode I because she had to stay home and study for her final exams.

Portman has a friendly rivalry with actress Scarlett Johansson. In 1998, Portman turned down a role in the Horse Whisperer to act on Broadway in a production of the Diary of Anne Frank, leading to Johansson taking the spot. In the Avengers, Portman was considered for the role of Black Widow, but the producers ultimately gave the roll to Johansson. They've even co-starred together in the Other Boleyn Girl!