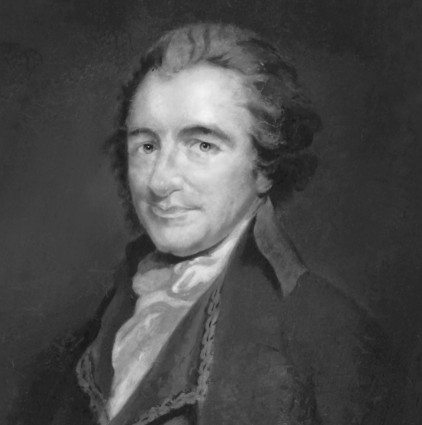 Chief Accomplishment:
Considered the father of the American Revolution due to his writings.

Wrote the pamphlets Common Sense and The American Crisis, which greatly increased support for the American Revolution among the general public.

Author of several books, including The Rights of Man, The Age of Reason, and Agrarian Justice.

Advocate for egalitarian society, believing that all people are equal and should all have the same political, economic, social, and civil rights.

Elected to the French National Convention, an assembly that governed France during the most critical period of the French Revolution.

Just Say No (to Organized Religion). Paine was staunchly opposed to organized religion and priestly hierarchies. On organized religion Paine said "All national institutions of churches, whether Jewish, Christian, or Turkish, appear to me no other than human inventions set up to terrify and enslave mankind, and monopolize power and profit."

Against the Grain. Not one to follow the herd, Paine argued in favor of deism, an unpopular belief at the time. Deists believe in a creator god, who set the universe in motion but does not intervene.

A Government By The People. He advocated for freedom from tyranny of all sorts, as well as for the common people's right to self-governance.

To Each His Own. An advocate for his own beliefs, Paine also let it be known that he supported others' beliefs. He said "You will do me the justice to remember, that I have always strenuously supported the Right of every Man to his own opinion, however different that opinion might be to mine. He who denies to another this right, makes a slave of himself to his present opinion, because he precludes himself the right of changing it."

Paine's first job was an apprentice corset maker. At the age of thirteen, he left school to help his father run his corset-making business.

Paine wrote much of The Age of Reason while imprisoned during the French Revolution.

Before being thrown in prison by Robespierre, he was one of the few non-French members of the French Revolution's General Assembly. The kicker was that he didn't even know how to speak French!

Paine held a patent for the design of a single span iron bridge.

Because of his unpopular beliefs, when Paine died there were a reported six people at his funeral. The Quakers would not let Paine's body be buried in their graveyard, even though Paine requested it. Instead he was buried on his family's farm. Later his bones were dug up and sent to England, in hopes of a more proper burial. That was not the case, and it is believed that some of his bones were made into buttons or thrown away in the trash!