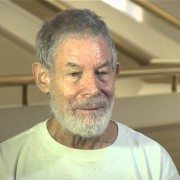 Herb lives in South Carolina, is a retired math professor, and Openly Secular! He was born into an Orthodox Jewish family, but never received comfortable answers to his questions. He remained mostly quiet about his beliefs for a large portion of his career. He became more forthright about his beliefs when he learned that the South Carolina Constitution banned atheists from holding office. He was encouraged to run for the Governor position by the ACLU. He eventually fought to the Supreme Court to insure that atheists can run for office in South Carolina.