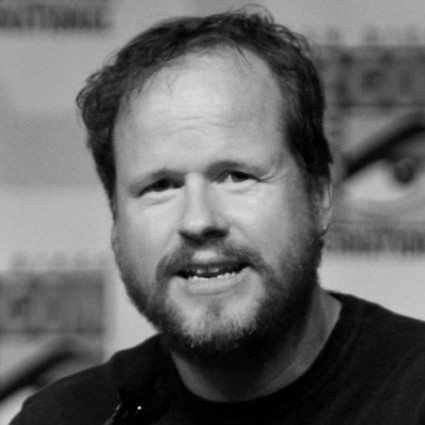 Chief Accomplishment:
Creator and writer for television and film.

Created his first film, Buffy the Vampire Slayer, in 1992, when he was five years out of college. The movie later became a long running television show of the same name.

Authored several comic books including Fray, the Gifted arc for Astonishing X-men, and a mini-series for Firefly.

Strong Female Leads. Whedon is a big advocate for women's rights and takes part in a group called Equality Now, a group working for women's equality. He gave a speech about being on a press junket, and being asked, "Why do you write these strong women characters?" over and over and over again. Some of his answers included, "Why don't you ask the hundreds of other men writing why they don't?" and, "Because you are still asking me that question."

Don't Have to Have Faith? As an atheist and an absurdist, when asked at a conference what he has against Christians, he explains that he "thinks faith is an extraordinary thing." He goes on to, "I'd like to have some, but I don't and that's just how that works."

Education, Education, Education. During his acceptance speech for Outstanding Lifetime Achievement Award in Cultural Humanism for the Humanist Chaplaincy at Harvard, one of the key points that Whedon touched on was the importance of education. He goes on to say, "This is THE greatest invention… We have the opportunity for every person here to be truly educated. That does not mean that every person will become secular or humanist or a non-believer. It does mean that more people will stop lining up like lemmings."

Whedon comes from a family of writers. His father wrote for The Electric Company, a popular 1970s children's show, and The Golden Girls. Even Whedon's grandfather and two younger brothers are writers!

"Joss" is not actually Whedon's first name. It is actually "Joseph."

Even the best writers can have their off days. in the first X-Men movie, Whedon wrote the infamously bad line, "You know what happens when a toad is struck by lightning? The same thing that happens to everything else!"

When writing for Marvel's X-Men comic books, Whedon wanted to try to slip in the fact that Scott Summers (a.k.a. Cyclops) and Buffy from Buffy the Vampire Slayer were related, by having Scott say that he had a second cousin in a mental institution that thought she fought demons. Unfortunately, he was never able to.

Whedon's an advocate for having your cake and eating it too. "I have a reward system. I am the monkey with the pellet, and it's so bad that i write almost everything in restaurants or cafes [so] that when i have an idea, I go and get chocolate."