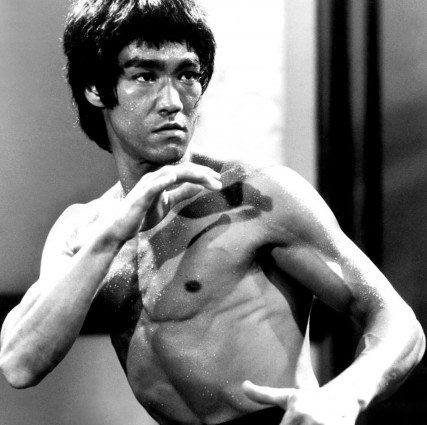 Founded what are thought to be the first "gung fu" schools in the US.

Paved the way for non-Chinese to learn "gung fu" by winning a challenge against established masters.

Demonstrated his famous "one inch punch" at the first International Karate Tournament in 1964.

Broke into acting in 1966 with The Green Hornet television series, where he was forced to slow his movements so that cameras could capture them.

Developed his own form of martial arts called "jeet kune do," the way of the intercepting fist, melding his philosophy with his fighting techniques.

Fierce Individuality. Lee felt that anything which substituted the ways or beliefs of others in the place of teaching you how to cultivate your own was a step in the wrong direction. For this reason, Lee was opposed to the dogmas of organized religion.

One Family. Lee was often questioned about his nationality due to being born in San Francisco and raised in Hong Kong. Once when asked his nationality, he said "You know what I want to think of myself? As a human being. Because, I mean I don't want to sound like ‘as Confucious say,' but under the sky, under the heavens, man, there is but one family. It just so happens, man, that people are different."

Staying Sharp. Lee was known for expanding his boundaries both physically and mentally, by not letting preconceived notions limit his pursuits. He had a keen sense of humor and was witty. Once when asked about his beliefs, he responded "I believe in sleeping." He also wrote, "There is no such thing as maturity. There is instead an ever-evolving process of maturing."

Lee studied philosophy when he went to college at the University of Washington.

Lee was known to do push-ups using only two fingers and could send a man flying backwards with his infamous "One-Inch Punch".

Typical films of the era were shot in 24 frames-per-second and then sped up to make the moves seem much faster on screen. For Lee's moves though, the director was forced to shoot 32 frames per second and slow down Lee's actions just so the audience could better see what he was doing.

Death didn't stop Lee from acting! In his last movie, Game of Death, the writers rewrote the script to kill off his character after Lee died during filming. The studio even used actual footage of his funeral!