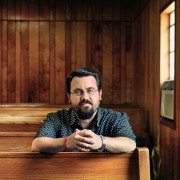 It tells the story of Jerry DeWitt, a Pentecostal preacher who scandalized his small Louisiana town when he was “outed” as an atheist. Caught between two worlds, he sets out on a quixotic quest to create a secular church in the heart of the Bible Belt.

With this exposure on the New York Times website, Bible Belt Atheist will bring awareness about the social cost of coming out as an atheist in the to many, many more people.