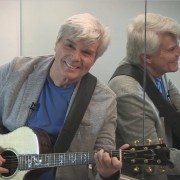 John Davidson, former host of the Tonight Show and Hollywood Squares, is Openly Secular! He started questioning religion early in college despite being a preacher’s son, and became secular as he did more reading and research. He struggled with being open during his time in show business, but wants to let everyone know he is still a moral, happy person without religion.