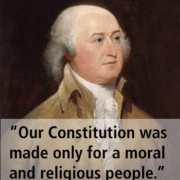 Sen. Jeff Sessions of Alabama recently raised eyebrows during his confirmation hearing for attorney general when he expressed doubts that secular people respected the truth as much as did those with religious convictions. Even as he insisted that there should be no religious tests for holding public office, Sessions was queasy about the potential dangers of the secular worldview.

This was hardly uncharted territory for Sessions. During a speech in 2015, for example, he had singled out the “relativistic, secular mindset” of Justice Sonia Sotomayor as “directly contrary to the founding of our republic.”

The misgivings that Sessions harbors about secularists and nonbelievers — those who “don’t believe in a higher being” — is no mere eccentricity of a senator from the Bible Belt.

As a scholar who has worked for some years now on the history of atheism and secularism in the United States, I find his suspicions deeply familiar. In my book “Village Atheists: How America’s Unbelievers Made Their Way in a Godly Nation,” I have examined attitudes toward atheists.

Distrust of the irreligious runs deep in American history.

Annabelle Gurwitch: Being Openly Secular is an “Honorable Way of Living