If Secular Americans were to join together and let their voices be heard, the result would be deafening. There are approximately 56 million religiously unaffiliated adults in the United States, and that number is growing rapidly. But despite making up a sizable portion of the United States population, Secular Americans still face discrimination and stigmatization every day in this country. Secular people around the world often have it even worse, and only by being open about who we truly are and letting each of our secular stories be heard can we start to turn the tide on prejudice and bigotry.

With this new weekly column from Openly Secular, we want to shine some light on the various types of discrimination that secular people from all walks of life are facing. In this inaugural post we want to talk about Justin Scott, the secular activist from Iowa who made quite a splash by politely confronting each of the (mostly religious) presidential candidates with questions about their stance on the separation of church and state and why an atheist voter should vote for them.

Justin Scott is a great example of how being Openly Secular can lead to more awareness of secular people and their causes. By simply asking every major presidential candidate about issues important to secular voters, he was able to highlight the discrimination and invisibility that secular people face in American politics. What Justin did took courage. He was willing to stand in rooms full of people that mostly disagreed with him, some very strongly, and he did so while wearing his atheist voter t-shirt. Justin politely waited his turn to ask his questions and even prefaced them by announcing to the candidates that he was an atheist. This revelation often drew audible and physical reactions from the audience around him. 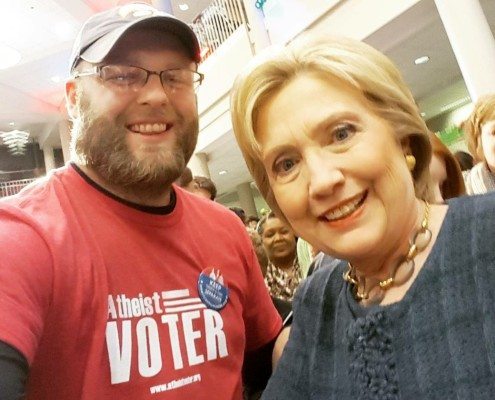 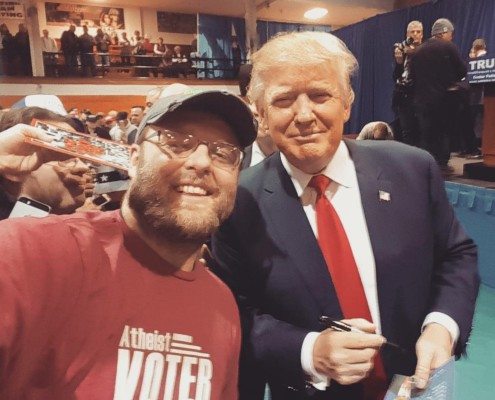 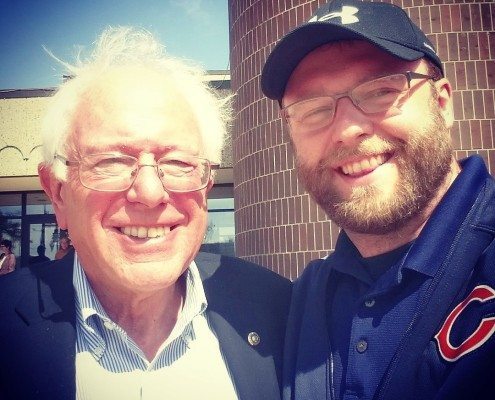 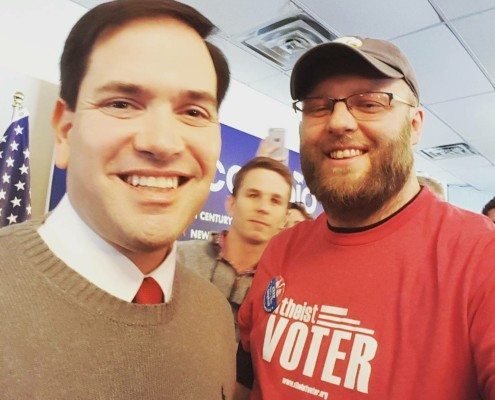 It was clear from many of the candidates’ responses that they either did not care about the political views of secular Americans or that they were just far more interested in continuing to garner massive support from the Christian majority. Either way, Justin’s actions have helped to bring much needed attention to the fact that there are a lot of secular voters in the United States and that many candidates are not even willing to pretend to want their votes.

Justin is putting this issue of discrimination into the mainstream discussion, and Openly Secular wants to do the same. Every Monday, we’ll feature another story highlighting the discrimination that Secular people face every day.