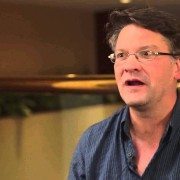 Dave Fitzgerald is a writer who works for the Secular Student Alliance. Dave was raised as a Southern Baptist in California. He is an atheist and Openly Secular! He discusses how the demographics of the US are shifting and becoming more openly secular, and how it’s the greatest time ever to be an Atheist.