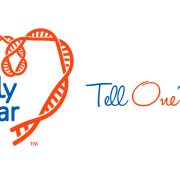 Washington D.C. − Last Thursday was the first annual Openly Secular Day—and the level of participation significantly exceeded all expectations. Atheists, agnostics, humanists, freethinkers, secular Americans and their supporters from all across the United States gathered online and at more than a dozen locations nationwide.

This was a historic event—never before have so many celebrated simultaneously their openly secular lives. The event, sponsored by the campaign Openly Secular, was endorsed by more than 20 different organizations. Like the LGBT movement so successfully did in its "coming out" campaigns, the umbrella groups that comprise the secular movement asked its members and followers to "Tell One Person" and go public by announcing to the world—or even just to a friend—that they identify as secular.

And did they ever. Just shy of 2,000 people took the "Tell One Person" pledge— double Openly Secular's initial projection—in aggregate pledging to tell more than 10,700 people that they identify as secular. Taking into account average social media reach, that translates to roughly a half million people who learned that someone they know is proudly and openly secular.

More than a dozen Secular Student Alliance campus groups sponsored celebrations where hundreds of people in total gathered. At the flagship event at the University of Central Florida, the participants enthusiastically listened to speakers Greta Christina, Will Gervais, Chris Kluwe, and Hemant Mehta. Many of the 2,000 people who told someone they are openly secular had a good experience, and were accepted. However, for others, the process of becoming open did not go well.

I told my parents that I was an atheist. I told them separately because I expected different reactions and I was right. My dad didn't really bat an eye, he's more of an "it's how you live you life" person. When I told my mom she got really angry and threatened to start sending me to church on Sundays and "outing" me to my grandmother who is very religious and downright terrifying when she wants to be.

"Of the 6 people I told, 4 of them told me I was a minion of evil and that I was unworthy of my soul. The other 2 weren't quite as rabid as that, but very quietly told me that I am dead to them until I accept the lord Jesus Christ as my savior and redeemer."

"Almost everyone I told was surprised. My Muslim friend's were, unsurprisingly, the least accepting because in their eyes, I have committed an act that deserves death. It was nothing I didn't expect having been a Muslim until I was 17, and knowing the mentality they would have. The two progressive Christian friends I told were accepting and we are still friends; it was much easier to tell them."

"My parents hung up on me and are not speaking to me. And even though I didn't intend to originally, I will act as our friend from no posted on my Facebook wall, so I am currently awaiting the fallout."

"I kind of chickened out—well, let's just say that I decided to play the long game rather than the short game. I reconnected with an old friend via FB. We sent a couple of messages to each other during the course of the day—mainly updates about our respective lives. My intended confessor is really a confessor. He was my college roommate and now is a priest. … I haven't spoken to him in 5 years and am not sure if I've ever really spoken to him (he's always been quite devout and therefore I was always rather measured with my words and actions when around him). …. as I'd like to be able to keep our friendship intact, I'm taking things slow. Now that we've reconnected, I do intend to reveal myself as an atheist because he deserves to get to know the real me. In his line of work, I doubt he gets the opportunity to know people on a "real" level so I'm hoping he appreciates my candor, if not my view of faith. …"

It's comments like these—just a few among the thousands of heartfelt and moving testimonials shared on the Openly Secular website in the weeks leading up to and following Openly Secular Day—that reinforces our mission and resolve to keep fighting until every atheist, agnostic, freethinker, humanist, and nonbeliever in America feels free and safe to be who they are.

If you are interested in framing a story about the still pervasive discrimination against nonbelievers in the United States today around the human element, I can connect you for an interview with a few of the many people who self-reported moving experiences in revealing their secular worldview. Please contact Jackie Krentzman, Openly Secular Communications Director, at 510-524-7499, or jkrentzman@gmail.com.

The Rise of the Secular Vote
Scroll to top