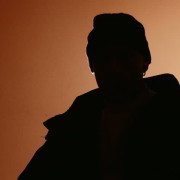 Editor’s note: the following is an interview with an anonymous atheist in the Middle East. His words have not been altered.

I started having doubts about religion when I was around fifteen. We were taking Quran studies (Tafseer) and explanations and so on in school, and every verse seemed more hateful than the last. Hate which was targeted against everyone, except straight Muslim males. For example, the Quran says that women are a burden on every man: fathers, brothers, husbands, and that women should never be allowed to leave their husband’s homes at will. The Quran also doesn’t give them the right to divorce, but it gives the husband the ability to divorce any of his wives at a whim and then take them back if he so pleases within a certain time frame. I thought was absurd, because the first thing I could link that to would be a return policy on a shirt, for example, which I find completely de-humanizing and absurd.

That was only the start of my journey. As I kept studying the Quran and Hadeeth I noticed that the Prophet had set an example by treating his wives like queens and so on. But then it’s also stated that he did hit them, yet everyone who says that follows it up by saying “the Prophet never hit them with enough force to kill a fly”. That seems completely pointless and the only thing that example sets is that a man has the right to hit his wife. There are also things like how if a man doesn’t agree with marrying a woman or her father does not agree to give her to a man, then the marriage can never go through. But if the woman says no, then the marriage can go through but Allah wouldn’t like it too much.

For me personally, I could never believe in any all knowing being who states that the entire world that we live in is worth less to him than the wing of a fly. The only thing that the other students were thinking of was how powerful and generous he is but I, on the other hand, could only think of why he would order us to kill and discriminate against so many people even though they were all worth less to him than the wing of a fly. It seems so horrifyingly sadistic that I tried not to acknowledge that statement, but after time as experiences like that became the norm when studying new topics in religion, I simply knew that I was being desperately delusional and clinging to something which I could never truly bring myself to believe.

That’s when I made up my mind, not on leaving religion, but to rebuilding my view on it. This meant I had to break apart every existing bias which I had built against Islam, and it took me months of trying until I had finally felt like I was down to bedrock, and then armed with nothing but common sense and my knowledge in Islam, I tried to rebuild what I had demolished. I never did quit until one day it struck me that I was back where I started, so I decided that I was wasting my time. So after that, I made up my mind and said to myself for the first time that I did not believe in Islam. And that was that. I was going to live my life to the fullest extent, and it was great that I made up my mind before my trip to Munich, in which I had my first beer, ate a shit-ton of bacon, and seized every opportunity that came my way. I decided that I would break every constraint I had as a Muslim, most of which would have landed me a spot in hell. All of that took place within a week of pure freedom.

And that was it. I had freed myself from everything that was holding me down and now I see that it was the start of something great! I do still live in Saudi Arabia, In terms of my atheism, I’m not actively trying to voice my views I just keep my head low. I definitely believe that there are more atheists in Saudi Arabia than research indicates, but it’s not the legal issues keeping us down, it’s the social stigma. The people of Saudi Arabia are more delusional that a donkey thinking it is a lion; they will do whatever the government tells them to do. I have encountered quite a a few voices of doubt actually, though most are simply non-practicing Muslims. I used to drive my Islamic studies teacher crazy by playing devils advocate.

Religious leaders, when handling atheism act like all Saudis are a part of a tight knit society held together by Islam. If you do get in legal trouble for it, it’s usually because of public outcry. The judge allows you to repent, and if you don’t then you lose your head. just like the good ol’ days. I’d like to tell any would be atheist in Saudi to keep their head low and go with the flow, there’s no need to lose your head (figuratively or literally) over completely avoidable things.

If you have encountered discrimination due to your secular identity, please send an email to [email protected], and we may feature your story in a future column.